Our fellowship program in Minimally Invasive Surgery is one of the first fellowships of its kind in the country, and is the longest-running of the four programs in the UT Health/MIST Fellowship Consortium.

The contribution of Dr. Leggett, who is a pioneer of laparoscopy in Houston, brings forth added strength to the UT Health/MIST fellowship consortium. Dr. Leggett is well-recognized and has published extensively in medical journals detailing his innovative surgical techniques. This aspect of the fellowship is very busy with a well-rounded experience in all types of laparoscopic general surgery, with an emphasis on anti-reflux and bariatric procedures, as well as diagnostic and therapeutic endoscopy. There is the opportunity for DaVinci robotic surgery training and certification. Two fellows are accepted annually.
Applications are accepted through the Fellowship Council website. 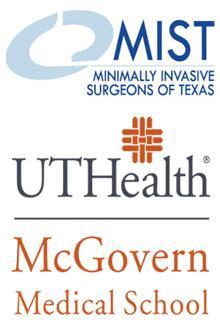 We provide a wide range of surgical and endoscopic services.

We cover all aspects of general surgery, including:

Office Hours
Get in touch