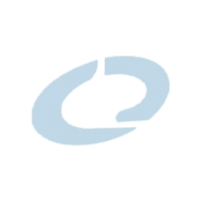 Acid reflux can cause pain and eventually lead to serious complications if left untreated. Serving the Houston area, Philip L. Leggett, MD, and Seeyuen Lee, MD, offer a variety of advanced surgical and nonsurgical treatments for your acid reflux symptoms. For an expert consultation, call or schedule an appointment online with their office today.

What is acid reflux?

With acid reflux, the tissues of the esophagus are damaged, causing irritation and a burning sensation. Gastroesophageal reflux disease (GERD) is a chronic, more severe form of acid reflux that could lead to severe complications, such as Barrett’s esophagus.

With Barrett’s esophagus, the cells that make up the lining of the esophagus change and resemble tissues that line the digestive system. Barrett’s esophagus may place you at higher risk of esophageal cancer, which is a rare but potentially fatal form of cancer.

Weakness in the lower esophageal sphincter, which is the muscle responsible for holding food and digestive fluids inside the stomach, causes acid reflux.

You may be a higher risk for acid reflux if you:

If you eat certain acidic foods, like citrus fruit or spicy foods, or drink fluids like coffee or alcohol, your stomach makes excessive amounts of acid, which can worsen your acid reflux.

What are the symptoms of acid reflux?

You may have acid reflux if you have symptoms such as:

You may have different or more severe symptoms if you have GERD, like bleeding or respiratory problems.

What are the treatment options for acid reflux?

The team diagnoses your acid reflux using an esophagogastroduodenoscopy (EDG) to visualize the upper part of your digestive system, your personal symptom history, and physical assessment. They offer a range of treatments for acid reflux, including:

A surgical procedure that uses the tissues of the stomach to create a new valve between the stomach and the esophagus.

A minimally invasive approach to surgical acid reflux treatment, including toupet fundoplication. It uses long, thin instruments placed in tiny holes near and around your stomach, rather than creating incisions.

Dr. Leggett and Dr. Lee are highly skilled in treating your acid reflux with one or a combination of these treatments, all of which have a proven track record of providing relief of your symptoms for at least five years.

For an expert consultation regarding your acid reflux, call the team at Philip L. Leggett, MD, today or schedule your appointment online.

We provide a wide range of surgical and endoscopic services.

We cover all aspects of general surgery, including: